Home > Features > From down and out to back in business

From down and out to back in business

I couldn’t believe it when I learned that Big Bear Choppers were back in production. The chopper market was dead, right? Companies like Big Dog and American Iron Horse — and, most recently, Big Bear — fell victim to the Great Recession, and the market had moved on to smaller customization outfits, right?

Not so fast. In what could become one of the quintessential American success stories, Big Bear has apparently been pulled up by its bootstraps by an international investor and is back in the chopper business.

You remember Big Bear. Founded by Kevin and Mona Alsop as a V-twin service shop in 1998 in Big Bear Lake, Calif., the company in 2002 became a powerhouse chopper manufacturer and sold completed cycles to dealers. Big Bear at one time had $25 million in gross sales, Kevin told me in a phone interview earlier this month. In August 2007, Big Bear built 100 bikes. After a losing battle against the economy, the company closed in November 2011, a victim of extended flooring. The closure left dealers and consumers alike with money into their bikes, but no product to show for their cash down. On May 4 of this year, Big Bear filed for Chapter 7 bankruptcy in California, with more than 325 creditors listed on the filing.

Simon Scott, who had been a customer of Big Bear Choppers for a year prior to the company’s closure, has come to the rescue. Scott purchased the company’s brand, intellectual property, tool and proprietary parts and design in December, completing the entire purchase in April. Scott, who owns Rage Hard Choppers in Indonesia, hired Kevin as the general manager of a new production facility for Big Bear Choppers in San Bernardino, about 50 miles west of Big Bear Lake. 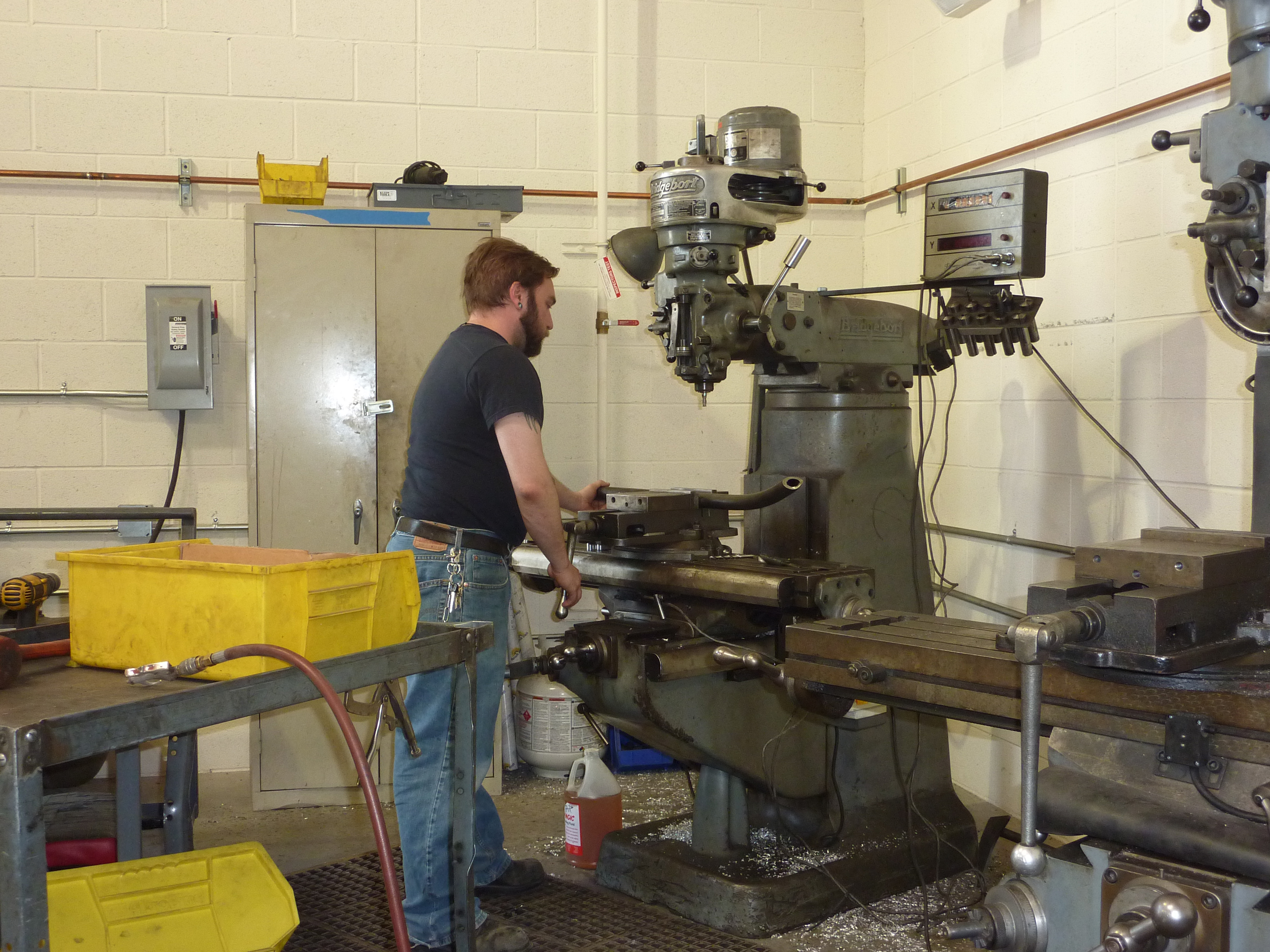 “After we had to shut down, I called every single customer, including Simon,” Kevin Alsop said. “He called me back a few days later and said ‘If you get it to bankruptcy, I’d be interested in starting a new company and buying the assets from the bank. He called the bank, they worked out the details and away we went.”

Scott, in fact, had 20 bikes on order himself when the business ceased operations. Scott had purchased one bike from Big Bear Choppers before deciding to go all-in with the larger order, based on the popularity of the bike in Indonesia.

“We had about 30 bikes that were on order from customers when we closed. About 25 people didn’t get their bikes unfortunately, and there were about 40 bikes that dealers ordered but didn’t get,” Alsop said.

Scott is eager to build on the promise of the brand, which he has seen thrive in many countries.

“The brand is strong and the bikes are simply the best designed, best engineered and stylish bikes out there,” Scott said in a statement. “Together that is a powerful formula for growth and sustainability in any market. All that was needed was vision, hard work, a solid business plan and some working capital to get the wheels turning at full speed again. Loyal customers and dealers worldwide now, once again, have an option when looking to purchase a true American made motorcycle. That option is the new Big Bear Choppers by Rage Hard Choppers Inc.” The husband and wife team of Kevin and Mona Alsop, founders of Big Bear American Made Choppers, have landed on their feet after closing the company in 2011 and reopening thanks to an investment by new owner Simon Scott.

Alsop believes the new venture will work with a newly streamlined manufacturing environment. The chopper production market, Alsop said, had reached about 15,000 bikes per year at its peak. “Now it’s down to six,” Alsop said. “Nobody’s in business except for us.”

Alsop was awaiting the delivery of engines the day after our conversation, when he offered some insight on the company’s past, and its future.

“People still want the bikes. There are people calling here every single day saying they really want this or that,” Alsop said.

Alsop said Big Bear bikes will maintain their retail price of the $30,000 range, with its entry-level Bare Bones fetching $28,500 at retail. A leaner manufacturing model will initially show annual production of four built bikes and four kits, or frames, tanks and fenders. New production models are currently in design at the company’s new 10,000 square-foot facility, which is about half the size of its predecessor.

“We’re basically looking at building four bikes a month to break even,” Alsop said. “Our game plan is to start to clean up the image. There are some people that lost money and work through the bankruptcy. As with many businesses during this time, no matter how hard Mona and I tried, we just could not get out from under it in time to save the company. It broke our hearts, as Big Bear was our lives and the company meant so much to so many people. However, now with the new owner, the Big Bear Choppers brand is able to move forward in a much better position than before. Now we are proud to say Big Bear Choppers will be one of the brands that will help drive the industry forward.”

Plan to see Alsop and his new boss aboard Big Bear choppers in Sturgis this summer.

“Eventually we’ll build back the dealer confidence and the consumer confidence,” Alsop said. “There are dealers that Big Bear Choppers owed money to, that we still owed money to, and we’ve already made deals with some of these dealers, like ‘We owe you $10 grand. If you order another two or four bikes, we’ll give you a discount to make up for what you lost. Dealers are starting to do that.”

And with dealers in places like the Ukraine, Switzerland and Australia already adding to their order lineup, Big Bear Choppers is taking an American V-twin success story international.